Jubin Nautiyal is an Indian playback singer and performer who has made his mark in Bollywood and was awarded Upcoming Male Vocalist of the Year at 8th Mirchi Music Awards for his song “Zindagi Kuch Toh Bata (Reprise)” from Bajrangi Bhaijaan. 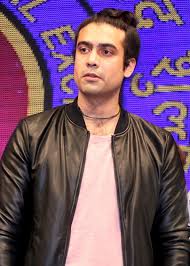 He also won the Rising Musical Star Award (2015) at Zee Business Awards. He has since recorded songs for films in various Indian languages, predominantly Hindi, and has established himself as one of the leading singers in India.

He is the son of Ram Sharan Nautiyal, who  is contesting from Chakrata in the upcoming Uttarakhand Elections on BJP ticket.  Ram Sharan Nautiyal aid that he has done all his preparation and is hopeful of winning the election against Leader of Opposition and senior Congress leader Pritam Singh.

When contacted he said that unemployment is the main issue, and he will be working to solve the problem of unemployment. He said that when he was Zila Panchayat president he had worked on developing a new township for Chakrata but that could not be executed so he will be initiating that project.

The song released on Sunday begins with the words of PM Narendra Modi eulogizing the mountains of Uttarakhand.

Prahlad Joshi said that they have sought time from PM Narendra Modi to campaign in Uttarakhand and modalities will be finalized as per the Covid guidelines of the Election Commission.

Experts deliberate on the sustainable development model for Himalaya