The political temperature of the Himalayan state of Uttarakhand has risen due to the turncoat leaders from both, the main opposition  Congress and the ruling Bharatiya Janata Party (BJP) who are switching sides with impunity and emerging as the candidates of these parties for the upcoming assembly elections  in Uttarakhand. The state goes to poll on February 14, 2022

Both, the Bharatiya Janata Party (BJP) and the Congress setting aside their political ideologies have welcomed such turncoat leaders in their respective parties and given them party nominations to contest elections from the assembly constituencies of their choice.

More such turncoats are expected to figure with the release of the list by the Congress party in the state by tomorrow.

This has left the party cadre workers.leaders and a section of voters a dejected lot, who are in no mood to forgive such leaders and teach them a lesson in upcoming elections. 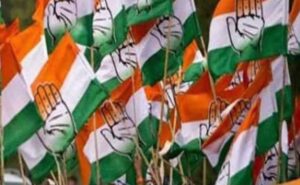 According to the political experts, the party ideology has gone for a toss in these assembly elections and the decisions are being made by these parties and winning an assembly has become a major factor.

The socio-political analyst Sameer Shukla from Mussoorie is of the view that at the party level, the political ideology has taken a back seat and the winning ability of any candidate has become the main reason for both Congress and Bhartiya Janata Party in Uttarakhand.

“Earlier, the Congress was seen as the secular party while BJP was  seen as the  party with Hindutva and nationalist  ideology and those leaders who did not fit under these parameters were not welcome in the party but now things have changed as 40 per cent of ruling BJP consists of turncoat leaders from Congress and same is the case with Congress party,” he added.

The most high profile is the case of former BJP minister Harak Singh Rawat  who jumped the fence to be with the Congress again this time. He had switched sides in 2016 and joined BJP  along with ten other Congress legislators to bring down the Harish Rawat led Congress government.

Another leader from Garhwal region is Pritam Singh Panwar who won as an independent MLA in 2017 from the Dhanaulti  assembly segment in district Tehri Garhwal has joined BJP and is party nominee from Dhanaulti seat. Earlier, he started his political career with Uttarakhand Kranti Dal (UKD) by winning Yamountri seat in 2002.

In 2017, Rajkumar of the Indian National Congress won the Purola seat by defeating Mal Chand of BJP who had won the seat as a Congress candidate in 2012 polls by defeating Rajkumar.

This time, Rajkumar had joined BJP while Malchand had joined Congress. However, Rajkumar  was denied party nomination  and Durgesh Lal was made the BJP candidate.

Durgesh Lal who fought as an independent in 2017 had joined Congress few months ago  but joined BJP two days ago and got the party nomination. , was immediately given the ticket from Purola. Malchand is likely to get the Congress ticket from Purola.

Ticket from Nainital in this election is another prime example of the acceptance of the turncoats in the parties. Sarita Arya, the former Mahila Congress President who joined BJP on being denied ticket by Congress, has been given party nomination by the BJP.

In 2017, Ram Singh Kaira, an Independent won the Bhimtal seat in Kumaon defeating Govind Singh Bisht from BJP. Kaira has joined the BJP and is the candidate from the same seat.

Rebellion has also surfaced among the BJP cadres in Munsyari, Gangolihaat, Champawat in Kumaon region after the declaration of BJP tickets.

Om Gopal Rawat from BJP who was denied the ticket from Narendra Nagar is already in Delhi and is likely to join the Congress party.

Theseat is represented by Uttarakhand BJP minister Subodh Uniyal who won on BJP ticket in 2017 after crossing over from Congress. The rumours are also rife that Congress stalwart Kishore Upadhyaya might join BJP soon.

It is no wonder that the induction of these turncoat leaders has triggered a rebellion among the party cadres in both BJP and Congress of which several party leaders who had been nurturing their respective constituencies in expectation of the party ticket have aired their vociferous discontent to the extent that some have even announced to leave the party and contest as independent candidates.