Within hours of Uttarakhand High court issuing notices to the state government and senior police officials on the alleged inaction of the police in apprehending main accused in the infamous house demolition case of a deceased retired Naval officer in Clementown area of Dehradun, Uttarakhand police arrested two of the three main accused in the case on Thursday.

The Police had announced cash rewards on the three main alleged accused in the case namely Amit Yadav, Saurab Kapoor, a lawyer and Mona Randhawa but were unable to nab them in the past four months. Interestingly, the Special Task Force (STF) of Uttarakhand police arrested Amit Yadav and Saurab Kapoor from Uttara Pradesh on Thursday.

Nainital High court had  issued notices on Wednesday to state Home Secretary, Director General of Police (DGP), Senior Superintendent of Police (SSP), Dehradun, Station House Officer (SHO),Clementown, Dehradun and Investigation Officer returnable on May 26, 2022,in the bizarre case of house demolition, on a criminal writ petition filed by Kusum Kapoor, the victim in the case. 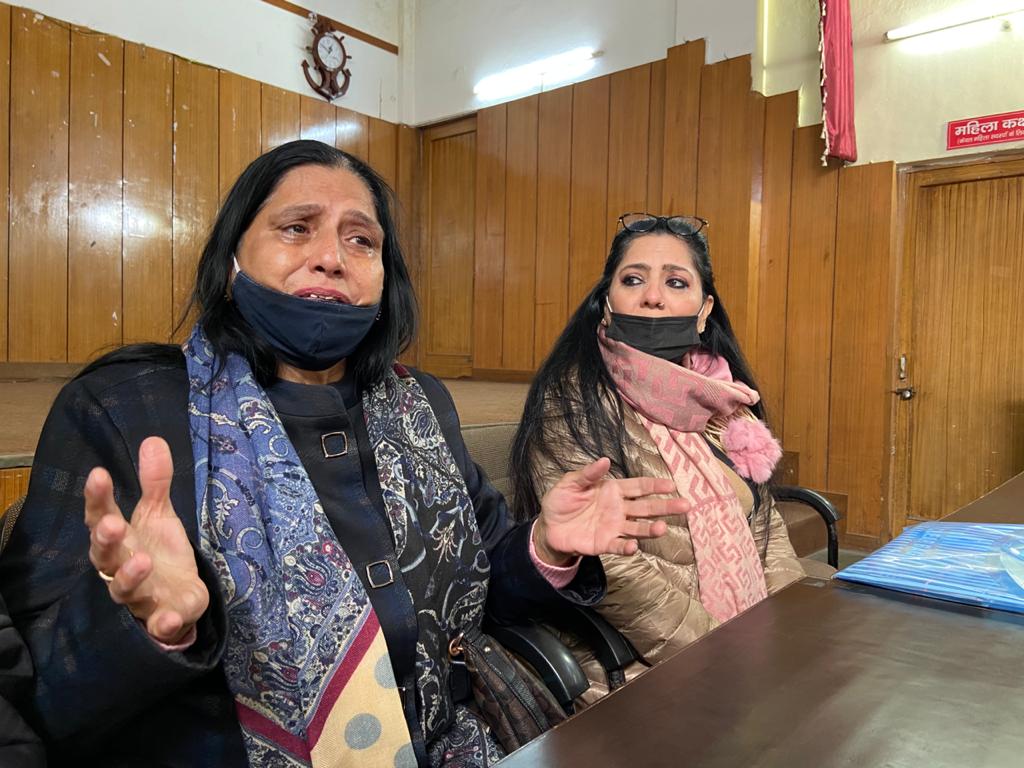 Kusum Kapoor filed the petition  WPCRL 932/2022,u/s 482 Cr.PC  as a complainant in the FIR no.0008/2022,u/s 452,447,427,323,506,395,397,448,412,34 IPC registered at Clementown police station, alleging weak investigation  and failure of the state police to arrest  the main accused despite four months. In her petition she charged that she had complained to all the senior officials including approaching the State Police Complaint Authority but the three main accused in the case are not yet arrested.

Justice Alok Kumar Verma of the Uttarakhand High court at Nainital on May 18, 2022 heard Hari Mohan Bhatia, the counsel of the petition and Pratiroop Pandey, the state government counsel. The state government counsel requested one week’s time to get instructions regarding the present status of the investigation. On the request of both the parties, the court fixed the next hearing for May 26, 2022.

It was on January 12, 2021 that a British era house of a deceased naval officer in Clementown area of Dehradun  city was razed to the ground and all the belongings looted by the land mafia in alleged connivance with the police when the owner was away. Kusum Kapoor, wife of the deceased naval officer was residing in the said property with her mentally challenged daughter and had gone to NOIDA on January 7, 2022 for some work when her house was raided and demolished.

Finally, after running from pillar to post, she finally went to meet Ashok Kumar, Director General of Police, Uttarakhand  who ordered an inquiry into the case and ordered that a case be registered against the alleged culprits.  Uttarakhand DGP Ashok Kumar had suspended Narendra Gehlaut, the Incharge of the Clementown police station for dereliction of duty.

In the month of February, 2022, after running from pillar to post, the two hapless women were again assured by the DGP Ashok kumar who formed a Special Investigation Team (SIT) in the case to expedite investigation. Akshay Kode, SP ( traffic), IPS and Rekha Yadav, an IPS officer from Haridwar have been appointed as members of the SIT but to no avail.

Seven persons have been arrested by the police in the case but the main accused are still absconding. Uttarakhand police announced cash rewards on three main accused namely Amit Yadav, saurab kapoor and Mona Randhawa in the month of March, 2022 but failed to nab them. Interestingly, all the seven who were arrested also got bail from the court. The case has shocked  the civil society and the retired defence personnel throughout the country.

BJP way ahead in campaign, Cong looking for miracle in Champawat bypoll