After five days of suspense, pleadings and efforts, former Bharatiya Janata Party (BJP) minister and senior Uttarakhand leader Harak Singh Rawat was finally admitted in the Congress fold in New Delhi on Friday. Harak Singh Rawat, a maverick politician with a lot of controversies behind him, was trying to negotiate his entry into the Congress, when he was sacked by the Uttarakhand Chief Minister Pushkar Singh Dhami from his ministry and kicked out of the party for six years last week.

Harak Singh Rawat was caught off balance with the sudden development as he could not bargain with the Congress leadership over his entry. His entry into the party was being opposed by former Chief Minister and chairman of the Uttarakhand Campaign Committee Harish Rawat. 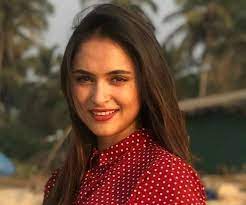 However, Harak Singh Rawat again showed his mettle by persuading not only Harish Rawat but also Gandhi family in getting re-entry into Congress along with her model daughter-in-law Anukriti Gusain.

According to party sources, the formula that paved the way for Harak Singh’s entry into Congress was  that Anukriti Gusain who runs social work network in Pauri Garhwal would be fielded from Lansdown assembly seat and Harak Singh Rawat will campaign for the party.

In a bizarre case, house of retired naval officer demolished, looted in alleged connivance with police in Clementown area of Doon