Uttarakhand Police Complaints Authority taking cognizance of the complaint lodged by Kusum Kapoor, wife of a deceased Naval officer, whose house was allegedly looted and razed to the ground by the land mafia in alleged connivance with the local police, has issued notices to the Senior Superintendent of Police (SSP),  Dehradun. The police officials have been asked to give their reply to the notices before February 3, 2022, which is the next date of hearing of the case. 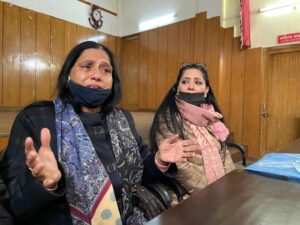 The British era house of a deceased naval officer in Clementown area of Dehradun  city was razed to the ground and all the belongings looted by the land mafia in alleged connivance with the police. Kusum Kapoor, wife of the deceased naval officer was residing in the said property with her mentally challenged daughter and had gone to NOIDA on January 7, 2022 for some work when her house was raided and demolished.

Kusum Kapoor told media persons that she was informed by her neighbours on telephone on January 12, 2022 that her house is being demolished with the help of JCB machines and tractors. Giving details of her  property, she informed that the maternal uncle of her husband Mohinder Malik had purchased the property in 1996 and allowed her husband Commander V.K. Kapur to reside and look after the property. 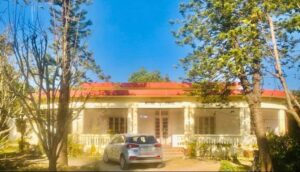 Finally, after running from pillar to post, she finally went to meet Ashok Kumar, Director General of Police, Uttarakhand  who ordered an inquiry into the case and ordered that a case be registered against the alleged culprits. An FIR was registered under sections 147, 452,447,427,323, 506 of the IPC.

The Uttarakhand Police Complaint Authority to cognizance against police officials of Dehradun police for abetting offence,delaying the registration of FIR, registration of FIR after much persuasion in milder sections, not conducting effective investigation and misconduct. Already, the station incharge of Clementown police station has been placed under suspension bythe DGP. However, no arrest has been made till date in the case.