‘Operation Vijay’, the action to flush out Pakistani intruders from Indian soil of Kargil hills, was fought with valour of Indian troops, specially the troops belonging to Uttarakhand hills since the terrain where the war was fought was rugged and hilly suitable only for personals of hill origin, claimed Lt. Gen. Mohan Chandra Bhandari, (retd) a veteran of Kargil war from Uttarakhand..

The ‘Operation Vijay’, at Kargil hills, was fought from May 3 to July 26, 1999, in which 527 Indian troops sacrificed their lives to flush out Pakistani intruders from Indian soil. Out of these 75 soldiers and officers were from Uttarakhand origin who made the supreme sacrifice of their lives for the battle. The state of Uttarakhand today remembered its’ heroes of Kargil war. 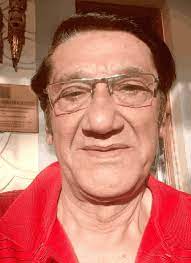 Lt. Gen M.C.Bhandari (retd)”As the battle was to be fought at above 16000 feet high terrain, the Army command ordered the  regiments from hill regions of the country, first to move in action. The 12 Indian regiments, belonging to Kumaon, Garhwal, Gurkha, Naga and Grenadiers were ordered to go into battle in the high altitude rugged places of steep Kargil hills.” said Lt.Gen M.C.Bhandari (retd).

The initial sacrifice of Major Rajesh Adhikari, at Tololing hills gave high level of  confidence to troops advancing towards high peaks to flush out the intruders.”His great sacrifice near eight meters of his target, resulted into capturing 16986 feet high point 5240 hills, by Indian troops,later,” he recalled .

“The second main target of Indian troops was to capture Tiger hill. It was initiated by rifleman Dilip Singh Negi, of Garhwal riffles. Negi along with his four other soldiers climbed to Tiger hills and despite been badly injured gave such vital information that enabled  the 18 Grenadiers to capture Tiger hills, ” said the Kargil legend.

The General remembered the sacrifice of those 11 soldiers of Garhwal riffles, who sacrificed themselves  in capturing Jubar hill of Battalic region of Kargil.

He  also remembered the sacrifices of paratrooper Girish Singh Samant  of 9 Para, and Jawahar Singh Dhami of 2 Jammu and Kashmir Regiment who laid down their lives in capturing Drass and Kargil sectors.

“The tradition of bravery of Uttarakhand people is recorded from the time of Parini, some 2000 years ago, followed by bravery of Uttarakhandi people in both the Word wars.  Darban Singh Negi and Rifleman Gabar Singh Negi were awarded highest British bravery award ‘Victoria Cross’ in the First World War, while Gaje Ghale from Uttarakhand was awarded ‘Victoria Cross’ for his bravery in the Second World War. The troops from uttarakhand have shown their mettle in every war that India has fought since then, ” said the retired Kargil hero.