Besides the ruling BJP and main opposition Congress party, all the other smaller parties have started their respective campaigns in the state in the run up to the state assembly elections scheduled early next year.

Before finalising it’s manifesto for forthcoming elections, the ruling BJP has flagged off “Jan Sujhaw Raths”, for all 29 assembly constituencies of Kumaon region from Haldwani in kumaon region. Similar ‘Raths’ will also travel to each and every  assembly segment of Garhwal region covering all the 41 assembly seats of the region. These ‘Raths’ were flagged off from Dehradun on Wednesday.

These smaller pick up vans have been converted into campaign vehicles carrying banners with slogans “ Modi Sang Uttarakhand” with an aim to encash the Charisma of Prime Minister Narendra Modi. The vehicles have been fitted with LCD screens to showcase films highlighting the achievements of the state BJP government.

“ These vehicles on which suggestion boxes have been put would also invite suggestions from common people during the next ten days  to be incorporated in the state election manifesto of the party,”said Madan Kaushik, president of BJP state unit.

The main opposition Congress party, on other hand is banking heavily on the ‘Vijay Diwas” rally to be held in Dehradun on December 16 to commemorate the 50th anniversary of Bangladesh war victory. Former Congress president Rahul Gandhi will be addressing the rally for which the party is mobilising party workers from across the state.

Besides countering the ruling BJP plank of ‘nationalism’, the Congress party plans to go to the people on the issue of failures of the present BJP state government. The frequent change of Chief Ministers, the party would be highlighting the issues of illegal mining, corruption, unemployment and rising prices of essential commodities in its’ election campaign.

.” With other like- minded democratic forces in the state, we will try to take these burning issues to each and every household  in the state,” said Harish Rawat, former Chief Minister and chief of the Congress campaign committee for the assembly elections in 2022.

Congress party will also try to encash on the emotional issues of making gairsain in chamoli district as the permanent capital of the state and building of a new “ Sainik Dham” in the native village of General Bipin Rawat, Chief of Defence Staff (CDS) who died in a helicopter crash on December 8.

.” Voted to power, we will also solve prolonged problems of state employees after forming  a committee that will finalize it’s report after talking to employees federations”, said Rawat.

The Aam Aadmi Party (AAP) is expecting electoral gains following promises made by its’ party supremo and Delhi Chief Minister Arvind Kejriwal. Already Kejriwal, has so far made three big announcements of free electricity  up to 300 units, employment to every hold in the state or  rs.5000 unemployment relief fund and free pilgrimage to senior citizens of the state. During his visit to Kashipur on December 13, he announced that rs.1000 will be deposited in the accounts of all women above the age of 18 years every month if AAP is elected to power in the state.

” We are out to challenge both ruling BJP and Congress and are committed to fulfil all the promises made by Arvind Kejriwal is elected to power ,” said Deepak Bali, state head of AAP campaign committee.

The regional outfit Uttarakhand Kranti Dal (UKD) which spearheaded the separate statehood movement in 1990 but is in political oblivion has also announced to contest all the 70 seats of the state in the coming elections.

Kashi Singh Airy,  senior statehood leader  and president of the party said that his party is totally dependent on the financial support of the common people of the state.

” We have realised our past political mistakes and want to apologise to the people of the state for that. We want to assert that our party is the only alternative to the mainstream political parties who are looting the state of its natural resources and  making locals poorer by exploiting the natural resources,” Kashi Singh Airy.

A united India defeated Pakistan in 13 days in 1971 war, US took 20 years to finish their war in Afghanistan: Rahul Gandhi 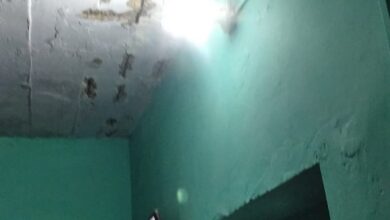 A railway line of prosperity or misery ?