BJP attempts to communally polarise the poll scenario in Uttarakhand

With only ten days left for polling in the Uttarakhand state assembly elections, the ruling Bharatiya Janata Party (BJP) has got their wish to communally polarise the election campaign fulfilled. There had been attempts by the saffron brigade for the past sometime to communally polarise the situation in Uttarakhand also like they are doing in neighbouring Uttar Pradesh.

But this election time, the issue has been provided by the Congress leaders themselves. The ruling BJP which had been on the defensive due to its’ acts of omission and commissions in the past five years, has latched on to it.

A vicious campaign has been launched by the ruling BJP and its’ crony media against former Chief Minister and chairman of the Congress Campaign Committee Harish Rawat for allegedly promising a ‘Muslim University’ to a small time Muslim Congress leader. Harish Rawat has denied any such promise.

The BJP picked up the issue in a big way when Mohammad Aaquil, a small time Congress leader of Sahaspur ,assembly segment who had filed his nomination papers as a rebel candidate but later withdrew it, announced that he has withdrawn his candidature in favour of the official candidate, on some promises for the area which Harish Rawat has accepted which included opening a ‘Muslim University’ in the area.

The word ‘Muslim’ was enough for the BJP and ‘Sangh Parivar” to start their game of communal polarisation and started targeting Harish Rawat and Congress party. Uttarakhand Chief Minister Pushkar Singh Dhami charged that the Congress party has been trying to appease the Muslims. 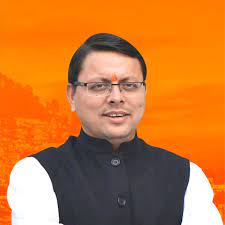 Suresh Joshi, a party general secretary, went a step further and said that it was a Congress conspiracy to encourage “Land jehad” in Uttarakhand hills which are considered as ‘Devbhoomi’.

The BJP machinery did not stop at this and charged that Harish Rawat during his tenure as Chief Minister had given permission for “Juma” prayer during the holy fasting  month of ‘Ramzan’ for Muslim employees.

Interestingly, it was a self goal by Harish Rawat, who three months ago said that he was wrongly targetted by his political opponents for favouring a particular community and he did not permitted “Juma” prayers as was alleged. He said that it did cause him to lose the 2017 state assembly elections and dared his opponents to show any such government notification of leave for Muslim employees for ‘Juma’ prayers during ‘Ramzan’ month.

Amidst allegations of promising a Muslim university, the BJP which is in power came up with the said order issued during the Harish Rawat tenure making him sheepish. The entire crony media has been let loose on Harish Rawat and Congress to answer on these issues. Harish Rawat said that he has given permission for many such vacations for many communities. Earlier also, Chief minister Pushkar Singh Dhami had targeted Harish Rawat by charging that while the BJP gives vacation for “Chhaath” puja , a festival of people from Bihar and Eastern Uttar Pradesh, Harish Rawat gives vacation for “Juma” prayers.

The Uttarakhand Congress has hit back at the ruling BJP to talk about the issues of unemployment, rising prices, governance, corruption, rather than harking on its old agenda of communal and divisive politics.

“ They have nothing concrete to show as achievements during its’ five year term except changing Chief Ministers, so they are falling back on their old strategy of divisive politics. But the people of Uttarakhand are enlightened and could see through the BJP game plan. They will be defeated comprehensively,” said Mohan Prakash, senior observer of the All India Congress Committee (AICC) who is overseeing the state assembly polls.

Earlier, ahead of state assembly polls in September 2021, Uttarakhand government had come up  with an order to target the minority community on the issue of alleged  “Land jehad”. Although the Uttarakhand state government did not termed it as a measure against “land jihad”, the order targets the Muslim community with an aim to create communal polarisation.

The state government has ordered the police and administrative officers from all the districts to set up peace committees, track “illegal land deals” and prepare a list of outsiders with criminal antecedents. A government press release said: “Due to unprecedented rise in population in certain areas of the state, the demography of those areas has been majorly affected. And due to this demographic change, members of a certain community are forced to migrate from those areas. Also, there are possibilities that the communal harmony in those areas may be disturbed.”

Interestingly, all this started after a BJP leader with close ties to RSS, Ajendra Ajay, wrote to the Chief Minister Pushkar Singh Dhami in July this year claiming that the Muslims in the state have started what he called “land jihad”. In his letter, he alleged that Muslims are not only purchasing land in bulk, but are building their places of worship and urged the CM to look into the matter.

In the past nearly five years, since the BJP came to power in the state after the Assembly elections in 2017, there had been nearly a dozen incidents where members of the minority community were targeted by RSS, BJP and other right-wing groups. Recently, in July, following the Id-ul-Zuha prayers by migrant Muslim labourers at an underconstruction site in Badrinath, right-wing groups had demanded action. Rumours were spread on social media that the prayers took place at the Badrinath temples to fan communal tension in the region. As a number of media outlets ran a campaign to put the onus of the COVID-19 spread on Tablighi Jamaat members, Mahendra Bhatt, a BJP legislator had advised Hindus to avoid barber shops and beauty parlours owned by the minority community members.

In April 2018, six shops belonging to Muslim shopkeepers were burnt in Augustmuni town of Rudraprayag district of Garhwal. The members of the right-wing groups including those allegedly belonging to Akhil Bharatiya Vidyarthi Parishad (ABVP) took out a procession and targeted these shops following a rumour that claimed a Muslim youth has raped a minor girl. Rudraprayag District Magistrate, in a statement, clarified that it was a mere rumor which was spread on social media. In October 2017, Hindu groups attacked and ransacked Muslim shops and homes from Rishikesh to Haridwar, following a murder at Raiwala. The accused in the murder case were Muslims

On September 8, 2017, two Muslim boys from Kirtinagar town in Tehri Garhwal were caught roaming with two girls belonging to the majority community in Dehradun by the police. The police promptly reported the matter to Kirtinagar, where members of the right-wing groups vandalised shops belonging to the Muslim boys. The boys were sent to jail.

In July 2017, right-wing members attacked Muslims’ shops in Satpuli town of the Pauri Garhwal district after an “offensive” Facebook post purportedly made by a Muslim boy. After a man was arrested for allegedly having sex with a cow, there was tension in Satpuli town with ABVP members forrcing a shutdown in the town market.

In July, 2017, Kashmiri traders were targeted by a few right-wing groups in the Hill station of Mussoorie and given an ultimatum to pack up and leave Mussoorie by March 2018. The provocation for this was alleged raising of pro-Pakistan slogans after an India-Pakistan Champions Trophy match. The Kashmiri traders, however, had nothing to do with it.

Apart from the native Garhwali Muslims, who hail from Nandprayag and Tehri Garhwal districts, some Muslims from neighbouring districts of Uttar Pradesh run vegetable stalls, fruit shops, barber shops or other small businesses. The Garhwali native Muslims have been living in the hills for generations. The plain districts of Dehradun, Haridwar and Udham Singh Nagar already have a sizeable Muslim population living in the areas since before the formation of the state Uttarakhand in 2000. The Muslim population adds up to about 10% of the total population in the state and is mainly concentrated in the three districts.

The Uttarakhand state government has failed to give any concrete data on the alleged demographic change cited in the order. It has also failed to specify the areas where such “worrisome” demographic changes have occurred leading to migration of a “certain community”.

On the other hand, the region has witnessed out-migration for many years due to an array of issues such as tough geographical terrain, lack of civic and health facilities, fewer opportunities for education and employment, etc. Former BJP Chief Minister Trivendra Singh Rawat had even set up a Migration Commission to look into the issue and suggest corrective measures. The Commission headed by S S Negi, a retired IFS officer, has submitted its report to the BJP government, but has not mentioned any reason of coercion or forcible migration due to the alleged demographic change cited in the order.

Interestingly, since the order was passed, the district administrations have failed to find any cases of “land jehad” in the state.